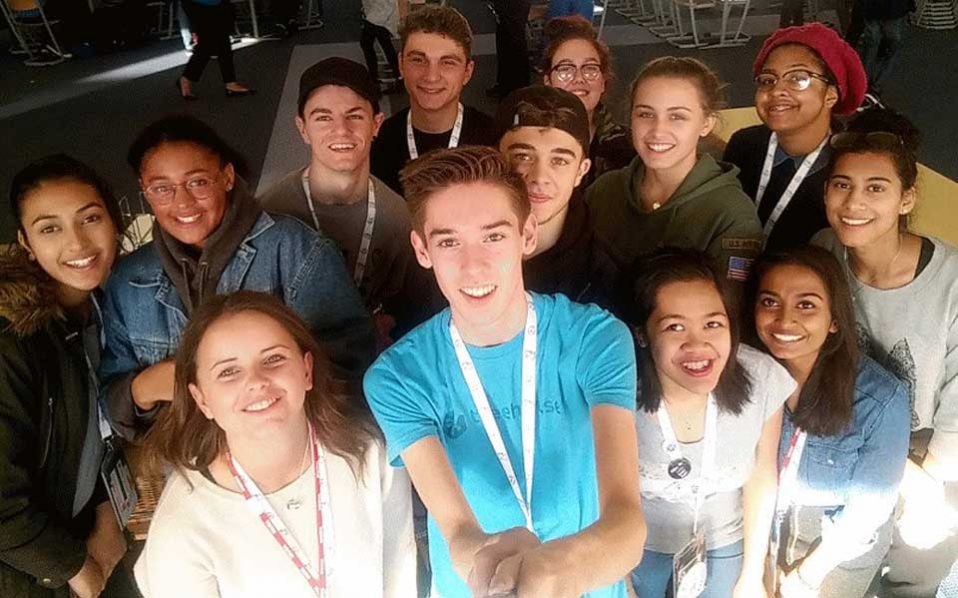 Harry has been involved with VODA since summer 2016, when he was a participant on the National Citizen Service (NCS) programme during which he produced an incredible film and website documenting the struggles that young people face when homeless. Since completing NCS, Harry has gone on to be an ambassador for the programme and volunteer his time across multiple projects and campaigns. Harry was selected out of 1,000 applicants for a place on the National Leaders programme which saw 100 young people from around the country take part in a week of leadership skills development in London (Harry is pictured centre of the picture below with fellow NCS leaders). Harry recently took part in VODA’s own Celebrating Trustees project, where he was one of 30 young people who planned and hosted an event for 100 local trustees and committee members. An integral part of the Celebrate team, Harry designed all of the marketing materials and producing an outstanding set of branded menus, evening schedules and invitations, as well as taking photographs at the actual event. He also volunteers for the Scouts as a Leader where he supports the young people who attend the group to achieve personal outcomes and improve their skill base, confidence levels and achieve personal goals.

Thank you for your booking: Harry James. We will be in touch soon to confirm your place.