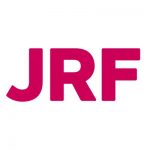 The JRF annual report which examines the nature and scale of UK poverty and the effect of the UK poverty rate on the people gripped by it.

The report examines how UK poverty rates have changed in our society over the last few years, as well as over the longer term. The research focuses particularly on changes to poverty among children and workers, as well as giving an overview of trends among pensioners and other groups.

This research reveals that, in our society:

This report looks in detail at the family and household characteristics of those below MIS, which is a benchmark for an adequate standard of living in the UK. It focuses in particular on three demographic groups – children, working-age adults and pensioners.

The study shows that:

JRF recommends that the Government should lift the freeze on working-age tax credits and Universal Credit, so that support keeps up with the rising cost of living.

Thank you for your booking: Joseph Rowntree Foundation – UK Poverty 2018 & Minimum Income Standards. We will be in touch soon to confirm your place.