Lianne: a Moving On Tyne and Wear case study

Moving On Tyne and Wear (MOTW) is an employability project with the aim of moving people into employment or training. The project also includes volunteering opportunities to build on skills such as team work, communication and motivation as well as growing in confidence. A number of volunteering options are available across North Tyneside depending on people’s interests and circumstances.

During the pandemic, Lianne had to shield as her mum has some health problems. Lianne wasn’t working at the time and found out about Moving On Tyne and Wear via the Job Centre. She was referred to the SAINT project, which aims to reduce barriers to volunteering. The project enabled her to engage with something she enjoyed doing, but from home.

Lianne has a passion for crafting. She had made and sold items in the past, but found she didn’t enjoy it as much and carried on with crafting as a hobby. Lianne already had a large supply of crafting materials including cards, magnets and candles. By volunteering with SAINT, Lianne was able to turn her interest into something that would benefit the wider community.

Lianne’s favourite activity so far has been making Christmas decorations out of clay to be included in Christmas food hampers. These were handed out to vulnerable residents across North Tyneside who have been receiving support for shopping via the Good Neighbours project during the lockdown. 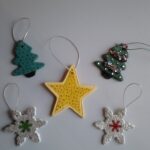 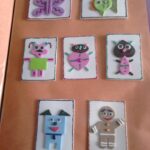 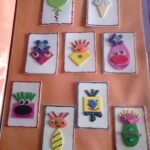 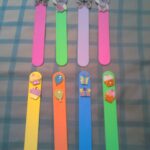 Jo Woolley, SAINT Action Worker, has seen Lianne grow in confidence and values her speed at getting things done and commitment to the cause. It’s also been an opportunity for Lianne to take more of a lead and shape the service she’s been involved in.

“Lianne’s really enthusiastic. She’ll do anything that’s thrown at her. Her enthusiasm inspires me.”

Lianne has enjoyed making things, being part of a team and cheering people up. She found the crafts she’s been involved with her kept her busy and kept her imagination going. In addition to her volunteer work with SAINT, Lianne has been making items for her neighbours in order to cheer them up.

The team at MOTW has looked into other opportunities for Lianne to progress such as making cards that charity shops can sell in order to cover the cost of materials. This idea has been put on hold for now due to the pandemic, but Lianne continues get involved with SAINT and there are further opportunities where her skills can be utilised.

For anyone thinking of volunteering via Moving On Tyne and Wear, Lianne says: “Give it a go, you’ll enjoy it.”

Find out how to refer yourself to the MOTW programme here