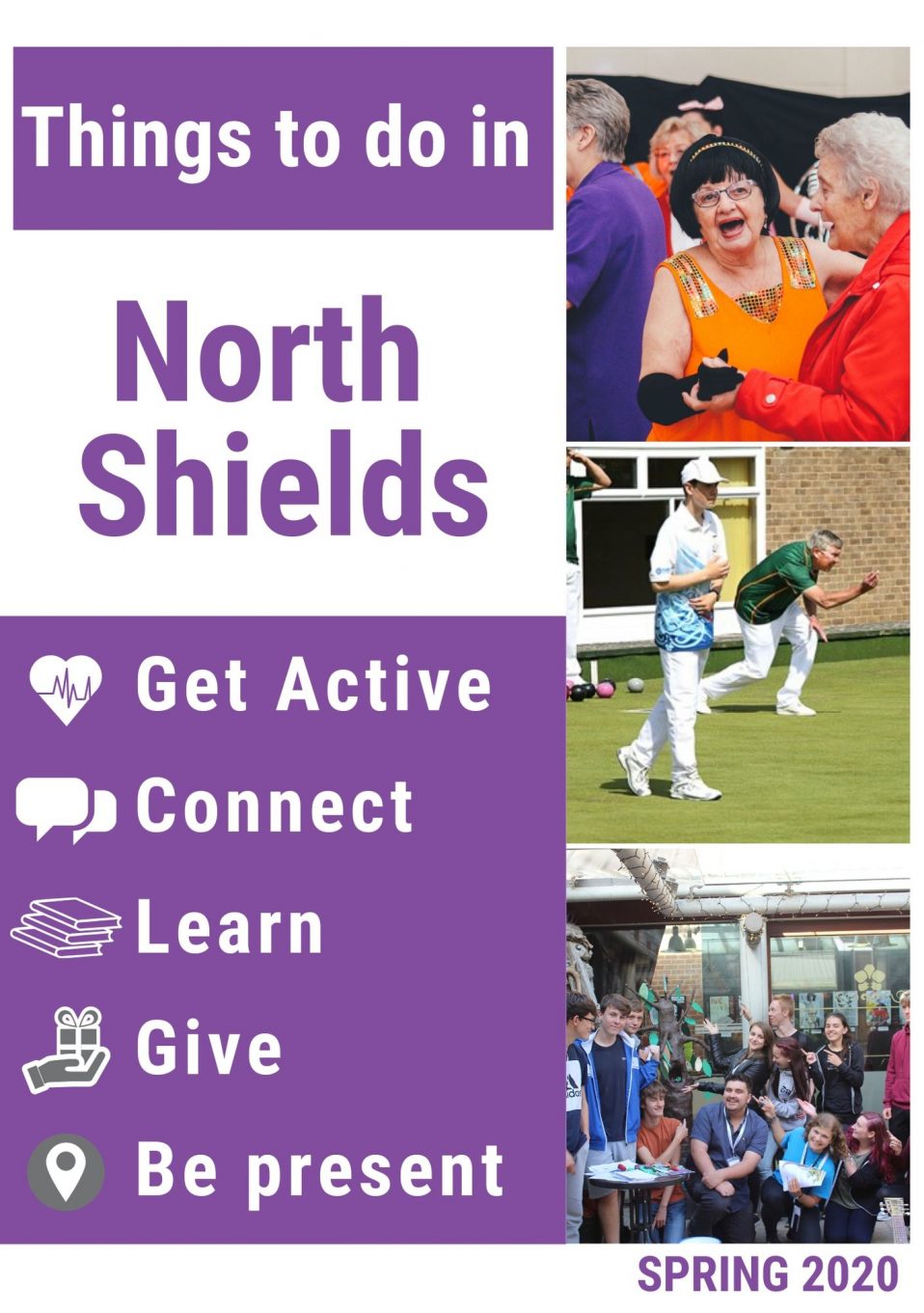 Ending Loneliness in North Tyneside – Things to do in North Shields 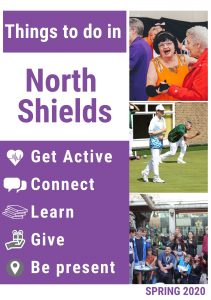 As part of our Ending Loneliness in North Tyneside partnership – a four year collaboration between VODA, Age UK, Citizens Advice and The Carer’s Centre – we have created a new leaflet using the North Tyneside SIGN Directory highlighting the range of activities available in North Shields.

The leaflet, based on the five ways to wellbeing, gathers a range of local organisations into one place and aimed at individuals, professionals and groups. Copies are available in local GP surgeries, cafes, community centres and churches, or you can download a copy here.

This leaflet is the second in the series so far, following on from Things to do in Wallsend and Howdon. We hope that this leaflet will give a snapshot of activities available in the different wards; from social groups, craft sessions, peer support, sports sessions, advice and information.

Please share any feedback in relation to the leaflets with josie.robinson@voda.org.uk.

Help us end loneliness in North Tyneside and become part of the SIGN Directory!

The SIGN Directory is an online directory of community services and events for the residents of North Tyneside.

It is designed for the public and professionals to search for and find services and activities that may support people to connect to their local community and improve overall wellbeing.

The directory brings together a number of diverse providers in one place, working to support local residents and professionals to access more information and activity to end feelings of loneliness and isolation. You can view the directory here

Registration is Free and you can sign up via their Welcome Page.

Once registered and approved you will be able to add as many services and events to your profile as you need. 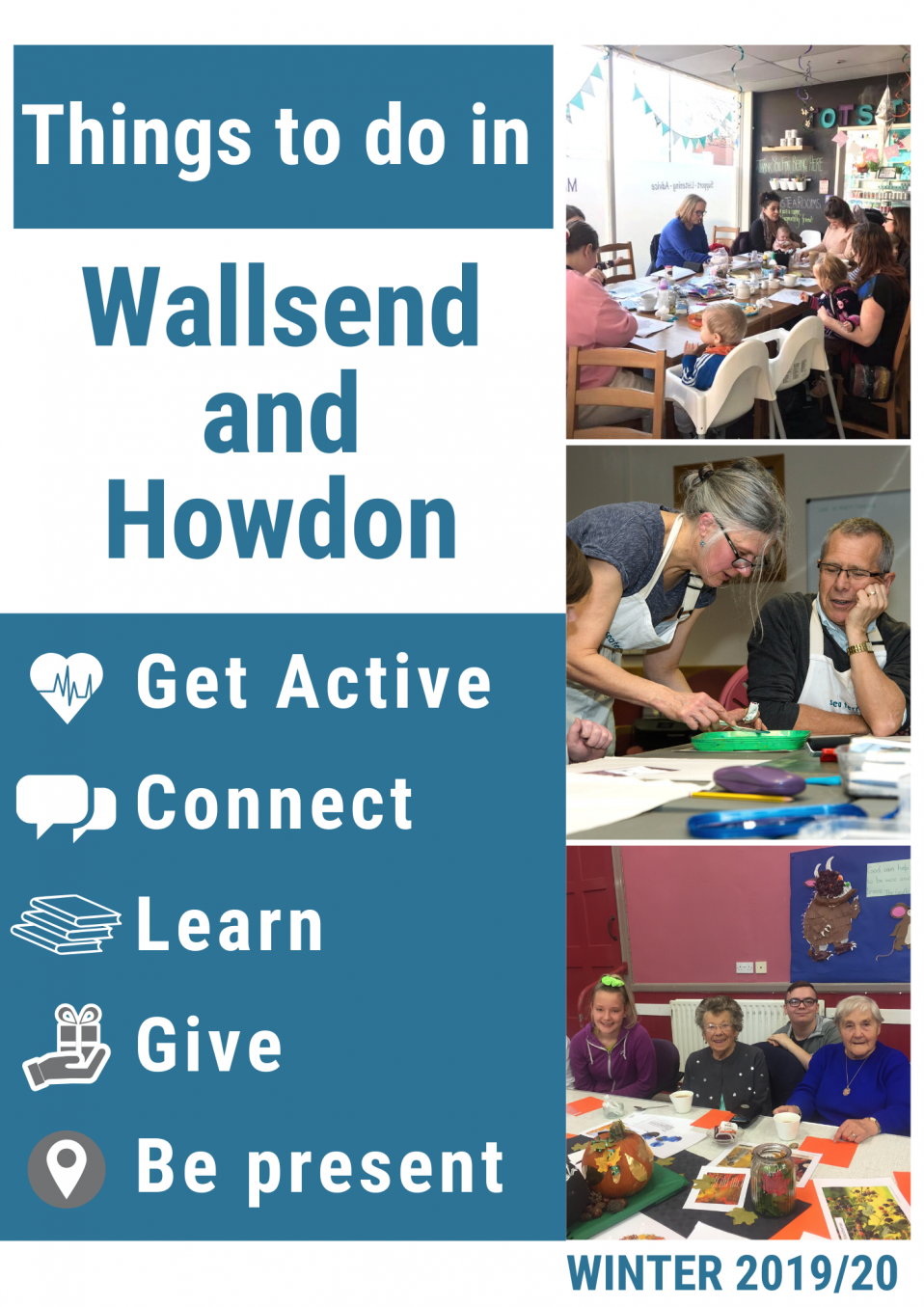 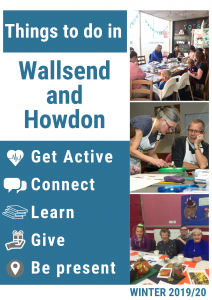 As part of our Ending Loneliness in North Tyneside partnership – a four year collaboration between VODA, Age UK, Citizens Advice and The Carer’s Centre – we have created a new leaflet using the North Tyneside SIGN Directory highlighting the range of activities available in Wallsend and Howdon.

The leaflet, based on the five ways to wellbeing, gathers 25 local organisations into one place and aimed at individuals, professionals and groups. Copies are available in local GP surgeries, cafes, community centres and churches, or you can download a copy here.

We hope that this leaflet will be the first of many that will give a snapshot of activities available in the different wards; from social groups, craft sessions, peer support, sports sessions, advice and information. 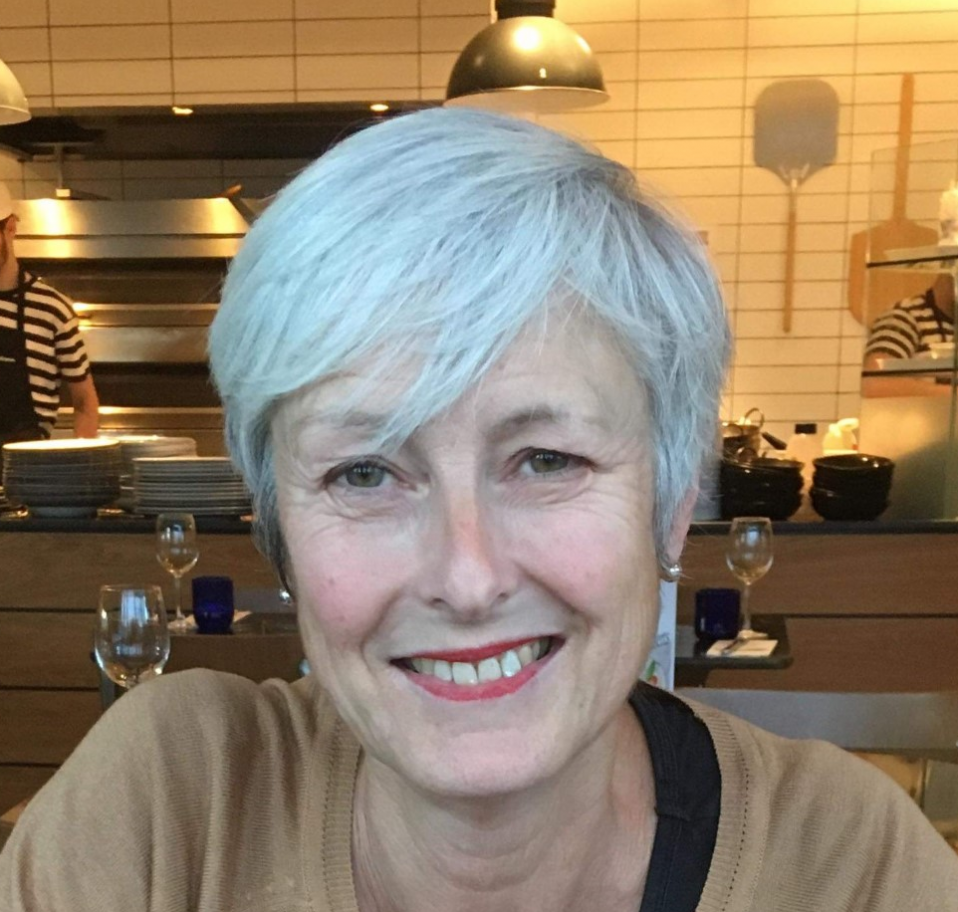 How being a Good Neighbour can really make a difference

As part of North Tyneside Council’s #WhoCares week, we want to share this lovely Good Neighbours case study with you to show the difference volunteering can make to both the volunteer and the beneficiary’s life… 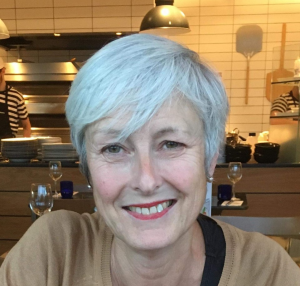 For many years Janet Ross from Forrest Hall had informally helped her local community alongside her full-time job. However, after taking early retirement, Janet took the step to sign up to volunteering through VODA as a way of keeping active in the community and meeting some new people.

She joined the Good Neighbours project in early 2019 with the aim of helping someone locally with odd jobs typical of a ‘Good Neighbour’. VODA supports and trains volunteers to become Good Neighbours and carry out small jobs for people in North Tyneside who are unable to do them independently.

Janet offers to do little jobs for people, such as picking up little bits of shopping or dropping round soup on a cold day. She fits volunteering around her busy schedule and says that while these tasks take hardly any time out of her day, they actually make a big difference to the people she visits.

Janet likes that she can be of practical help, which can help bring communities closer. Speaking of her experience visiting housebound older people, Janet says: “I am inspired by people’s resilience to hardship and their acceptance of difficult situations. This is something that drives my passion for volunteering as I can use my skill base to make a difference to people’s lives. Although I initially signed up to help people in my local area, I have since found that I get more out of volunteering than I could have ever imagined.”

In addition to odd jobs Janet decided to take on some regular tasks for Good Neighbours. VODA’s Good Neighbours project worker, Ian Brigstock, matched Janet with Joan who is of a similar age and lives close to her home in Forrest Hall. Joan finds getting out of the house difficult so Janet visits her weekly. With some support and a friendly face to rely on, Joan and Janet have been able to take trips to The Rising Sun Country Park and local cafes for lunch.  The two have developed a unique bond through Good Neighbours and Janet plans to take Joan to a Motown dancing event in November, something which Joan hasn’t been able to enjoy for many years.

Joan was referred into Good Neighbours through the re-ablement team for some social contact as she had struggled with agoraphobia for many years.

The pair meet regularly every week and Joan says: “Ian (Brigstock) could not have done a better job at matching me with Janet as she is the same age and has a number of similar interests. Janet has become someone that I can trust; I struggle with anxiety and find leaving the house difficult. Janet has been a great support in helping me tackle my anxieties; she is always there to calm me down when things get too much.”

Janet and Joan often take trips out into the local community for lunch or social activities, and Joan is confident that Janet won’t leave her alone if she becomes anxious when out and about. Janet has played a big part in pushing Joan out of her comfort zone and building confidence.

Janet has supported Joan to use the computer to get quotes for repaving her garden; the work has since been done and has transformed the garden into a space that Joan and her little dog can enjoy spending time in. Janet will be teaching Joan the basics of gardening and helping her to plant spring bulbs. In return Joan has helped Janet with jigsaw puzzles and given her bags of apples to bake with. Joan has such a caring nature and by being able to help Janet with small odd jobs has boosted her confidence and self esteem massively.

Joan commented that: ‘We have become genuine friends through the Good Neighbours project. I admire Janet so much, she gives me hope when times are difficult. But is not just about that, because we’re friends now we help each other out, it’s nice to be able to give something back and offer support to Janet should she need it. I’ll often pop round to collect her for a trip out or offer help with projects. I tell myself regularly – If Janet can do it, I can do it…. she gives me inspiration and I can’t thank her enough.”

Janet commented: “I’m so pleased with the support from Good Neighbours during my volunteering. I meet up with other volunteers on a regular basis and it’s wonderful to feel valued and part of a group who care about the community.”

This winter, if you’ve got a spare couple of minutes, why not check in on an older neighbour?  Your visit to see if they need any shopping or help clearing their icy pathways could really make their week. 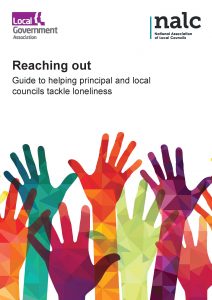 The National Association of Local Councils (NALC) has launched a new joint guide with the Local Government Association (LGA) on tackling loneliness.

In October 2018, the government launched its first-ever strategy on loneliness, making it clear that responsibility for tackling loneliness cuts across more than one ministerial department.

The Reaching out guide responds to the national strategy and outlines various ways local (parish and town) councils and principal authorities can work together.

Cllr Sue Baxter, chairman of NALC, said: “To take forward the national strategy we must recognise that local activity is already underway. But we must redouble our efforts to work more effectively, and in partnership across local government if we are to see a real change in tackling loneliness.”

Loneliness is one of society’s most significant challenges; it reduces the quality of life and has an impact on health and wellbeing – it can affect anyone of any age, loneliness is not just about older people. 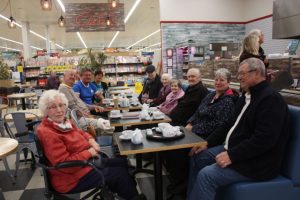 We’re delighted that our Good Neighbours shopping trip has been featured on a new blog from the Department of Culture, Media and Sport. Let’s Talk Loneliness is the start of a year long campaign to tackle the stigma around loneliness. This campaign will show that feeling lonely is simply part of being human, much like being hungry, and encourage people to act through easy-to-understand messages and information.

The blog features a case study about Min, one of our lovely regular Good Neighbours shoppers. Min, who is 89 this year and lives in sheltered accommodation in North Shields, has been coming to the shopping trip for several months now, ever since the warden at her accommodation noticed how much trouble she was having with her shopping.

“I think it’s amazing that the volunteers give up their time to help people like me. David, who I was first matched with, was such a great support, he not only helped with my shopping but he’d make sure everything was put away for me at home and even did some odd jobs in the house that I couldn’t manage.”

The Let’s Talk Loneliness campaign features a range of resources, toolkits, suggested media posts and ways to get involved.

NPC (New Philanthropy Capital) has published a resource for grant holders of the Building Connections fund which can be used widely for projects that are tackling loneliness.10 tips to help your project reduce loneliness focuses on how services are delivered, rather than what they deliver. It is designed to help organisations plan and implement projects to work more effectively to reduce loneliness and focuses on opportunities to incorporate best practice.

These tips focus on how services are delivered, rather than what they deliver. The aim is to help you plan and implement projects so that they work more effectively to reduce loneliness.

These tips focus on opportunities to incorporate best practice. The diversity of types of loneliness, types of interventions, target beneficiaries and locations are such that there will never be a one-size-fits-all approach to fighting loneliness.Drawing out promising factors, mechanisms and approaches that make existing interventions more likely to be effective. As some tips emphasise, approaches should be personalised and localised to tackle loneliness.

Find out more and access full the resource here.

Thank you for your booking: 10 tips to help your project reduce loneliness. We will be in touch soon to confirm your place.