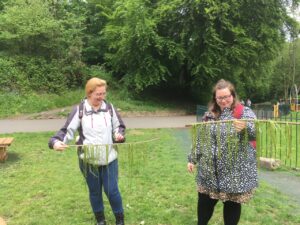 Over the last 2 weeks our Woodland Wellbeing participants have been getting stuck into making nettle cordage, a slow and mindful process which involved the participants working together and learning new skills. This process has been extra special for 2 reasons. Firstly, because it’s the first main activity one of our brilliant co-facilitators, Vicky, has led herself. Leading a ‘main’ activity has been one of Vicky & Lisa’s goals for this term, pushing themselves to keep developing their skills and confidence which is a privilege and inspiration to be around 🙂 – and we’re looking forward to Lisa’s turn this week! And secondly, because this group moved from the ‘safe space’ of where they regularly attend – Northumberland Park – to the ‘brave space’ of Rising Sun. By stretching themselves and putting themselves out of familiarity they were rewarded by new sites, exploration, curiosity and stunning views across Tyneside!

Now back to the cordage…

Everyone started oﬀ by collecting the nettles (wearing double protective gloves to minimising the risk of stinging!) and then began to process them.

First they stripped the stems of excess leaves and stings, being careful not to damage any of the moth and butterfly eggs we came across (these were returned to the spot we found them from!); next everyone used sticks to roll up and down the nettle stems to flatten them.

Following on from that the participants took great satisfaction and care in separating the tough outside fibres (which we wanted to keep), from the soft inside pith. From here the fibres were hung up to dry ready for the next stage of processing the following week. 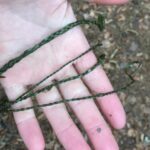 When it came to instructing the participants on how to roll the nettle fibres and plait them into cordage, Vicky did an incredible job – making sure the instructions were clear, problem solving when we needed to adapt the method and taking into account how to manage risks and keep the participants safe. Awesome work Vicky!

The following week we had another proud moment for us in Woodland Wellbeing as Lisa took the reins and facilitated her first ‘main’ activity – a goal she’s been gradually building up to since she started co-facilitating last August!

Lisa’s commitment to achieving her goals has been clearly evident – looking back to the very early days she started oﬀ by supporting other members of the group and helping them out with the activities as they were in progress and has always had a keen eye for empowering others to learn how to do things for themselves. As her own confidence grew she then took the next step alongside Vicky, of facilitating ice breakers and reflection activities – allowing herself to build her skills and feel more confident.

Since April, Lisa and Vicky have focused their attention on how they wanted to push themselves to the next stage and began working more intensively towards their shared goal of delivering a ‘main’ activity each this cohort.

Lisa’s dedication and hard work absolutely shone through and it was clear she’d practiced over the week how to explain the activity to family members, getting feedback from them as she went. The result was really clear instructions about how to safely whittle elder beads as well as having adaptability – watching videos online of how they suggested to do it, then making improvements based on individual’s need.

I think I’m right in saying that when Lisa & Vicky first started out as volunteers for Woodland Wellbeing, neither of them could imagine themselves facilitating a main part of the session – yet here they are! It’s taken a huge amount of courage, commitment and energy on their parts so incredibly well done to both of you and thank you for inspiring others as role models!

If they can do it, you can to! So if you would like to experience the pride & personal growth that both Lisa & Vicky have, and would like to try out volunteering for NT LIFE, please email Alice.holliday@voda.org.uk. 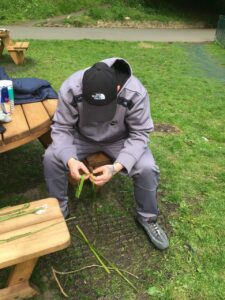 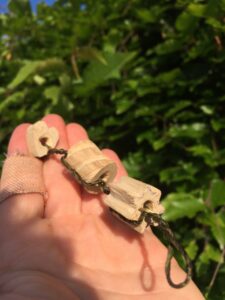 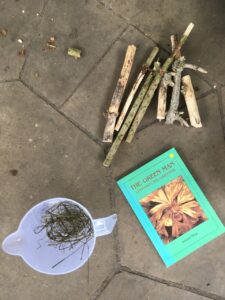 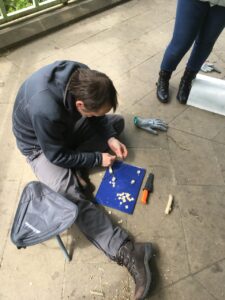 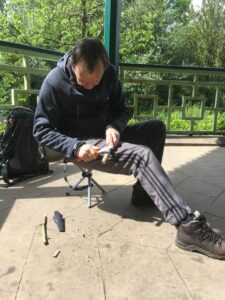 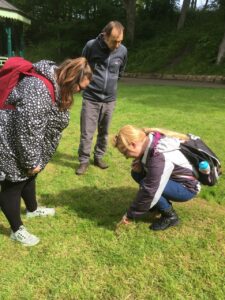