Suitability: supporting men of the North East into employment

Darren who works for Moving On Tyne & Wear, (a local employability programme that supports people with mental and physical health barriers gain access to education, employment and training) was approached by one of his participants asking for help finding some free interview clothing. He had secured his first interview and didn’t have anything suitable or the funds to buy anything. Darren was aware of a brilliant service for woman called Smartworks who offer a dressing service with free interview clothing and 1-2-1 interview coaching but there wasn’t anything set up for men within the North East.

So, Darren donated his own suit to his participant. He not only looked the part but had a new found confidence which he took to his interview. The icing on the cake was that he was successful and he was offered the job! The suit was given back to Darren and the idea of Suitability was born.

Darren reached out to his family and friends asking for clothing and suit donations which were stored in his parents garage and loft. From there he reached out to businesses across the region and focused on his social media accounts to grow Suitability and gather more donations allowing him to support any man who came to him for help.

His stock soon outgrew his parents’ house and Suitability was moved to a storage unit where he was gifted 9 months free usage. This is now coming to an end and Darren has set up a crowd funding page to help him raise the money to keep the storage facility and continue to support the men of the North East throughout 2021.

If you’d like to support Suitability, and consequently the men of the region look and feel great at an interview, then please donate clothing items! Alternatively, you could contribute towards their goal of keeping their storage facility. To learn more and to contact Darren, follow Suitability on Twitter or Facebook. 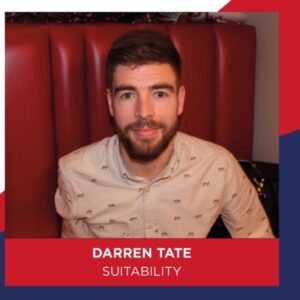 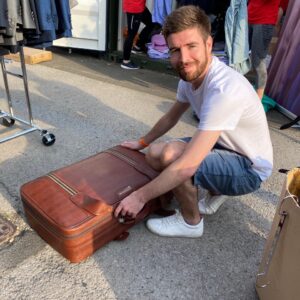 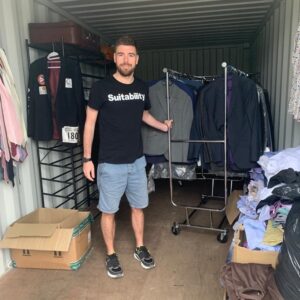 Thank you for your booking: Suitability: supporting men of the North East into employment. We will be in touch soon to confirm your place.

Suitability: supporting men of the North East into employment