We are delighted to share the stories of our award winners for 2018, who were presented with their prizes at our recent AGM by Chairman of North Tyneside, Cllr Tommy Mulvenna. 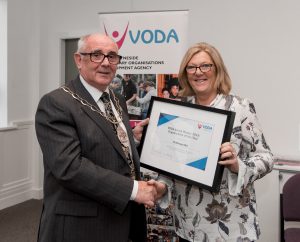 Organisation of the Year

Pathways4All is a parent-led charity providing a range of activities and events specifically tailored for children with disabilities and additional needs and their families. 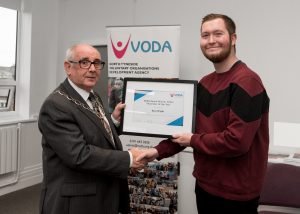 Volunteer of the Year

Nominated for his voluntary work with Phoenix Detached Youth Project, Ryan has been instrumental in inspiring other young people and groups to get involved in the local community and in the planning, fundraising and launch of The Phoenix Bowl skate park, which opened earlier this year. Read more… 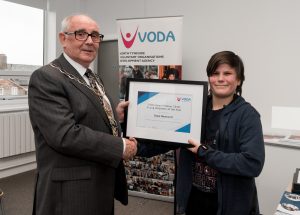 Young Volunteer of the Year

Fourteen-year-old Dylan was nominated for his commitment and dedication to fundraising and volunteering with Out of Sight, a charity which provides free outings, events and respite holidays for children with visual impairments and complex disabilities, and their families. Read more… 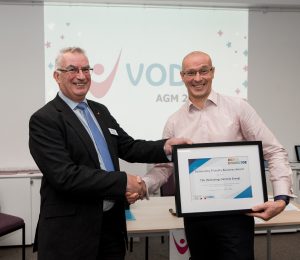 TSG were recognised for their involvement in VODA’s Sector Connector project, in particular their donation of laptops which has helped people and volunteers in the community to carry out short-term social action projects around youth employability, Universal Credit applications and awareness raising campaigns. 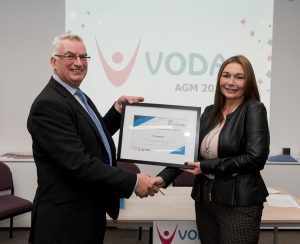 Ali Donkin of Turncoach was presented the Community Friendly Business Award for delivering several free workshops on team building and personal development for the benefit of voluntary and community groups and young volunteers in North Tyneside.

Thank you for your booking: VODA Award Winners 2018!. We will be in touch soon to confirm your place.